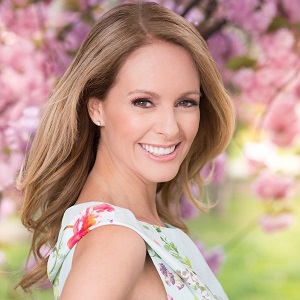 Victoria Arbiter is the British born and US based Royal Commentator.  Renowned for her expert delivery she brings a wealth of insider knowledge and analysis on the British Royal Family.  With  a career which spans both sides of the Atlantic, Victoria was an integral part of CNN’s coverage of the Duke and Duchess of Sussex’s wedding in May 2018.  Co- anchoring the event live from Windsor, her co host was Anderson Cooper.

Victoria Arbiter was born in Zimbabwe and raised in Windsor.  The daughter of Dickie Arbiter, a career journalist and a former press secretary to Queen Elizabeth II, she moved Kensington Palace in her late teens.  Often accompanying her father to numerous state occasions from a young age she enjoyed many a front row seat to some of the UK’s most notable annual events. These included Trooping the Colour, Remembrance Sunday, The Royal Tournament and The Lord Mayor’s Show.

During this time she drove go-karts with Diana, Princess of Wales, escorted Princess Margaret on a number of occasions and was introduced to pop star George Michael by Prince Harry.  All of these insider experiences means she always has a great story to tell and her first hand experiences offer unparalleled insights.

Dividing her time between New York and London, Victoria blends journalistic integrity with light-hearted British wit, and her contributions are an asset to any broadcast

In 2012 she reported on the Queen’s Diamond Jubilee celebrations for ABC News and in 2011 she spent four months in London covering the lead-up to the Prince and Princess of Wales’s wedding for CBS News. On the day itself, she anchored the broadcast alongside Katie Couric and Erica Hill.