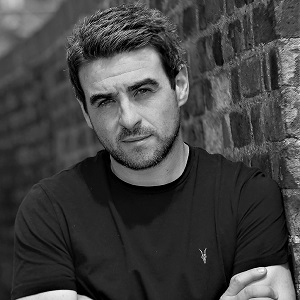 Paul Connolly is the Dublin born investigative broadcast journalist, television and radio presenter. A documentary maker and media trainer, he has  more than 20 years’ experience under his belt.  Having worked for many years as an undercover TV investigator he has now had to leave that life behind. However the enormous amount of experience gained from those experiences means Paul is an impressive speaker. He is also an outstanding event host and conference facilitator.

Best known for his daring undercover operations, Paul Connolly’s escapades have seen him infiltrate criminal gangs in cities and towns across Britain.   He has also lived as a ‘prisoner’ in some of the world’s toughest prisons.

He has appeared on Channel 5 in the UK, ITV (Tonight), Netflix, Facebook Watch, Discovery Channel, BBC Worldwide, Sky History Nine Network in Australia, Virgin Media One in Ireland and on many networks besides.

His first series aired in 2014 on C5 and were great successes.  At great risk to himself  went undercover to buy large shipments of fake and poisonous vodka from Eastern European crooks in Black-Market Britain.  For months he immersed himself in the underworld to expose large-scale welfare fraud in Undercover Benefits Cheat.

Furthermore during the filming of Undercover Criminal, he narrowly escaped injury whilst secretly filming from the passenger seat of a car as insurance fraudsters intentionally crashed into each other at speed.

During this time he also interrogated the world of consumer related crime and corruption in Hunted And Confronted.  In addition Paul came face-to-face with high-end document forgers, international drug traffickers, ruthless con-men, dark-web scam-artists in Undercover: Nailing The Fraudsters.  His most recent work with Channel 5 involved him co-hosting Is it a Con?  This  series examined the shopping habits of UK based families, then revealed to them the tricks of the marketing trade which, unbeknownst to them, influenced their decisions to buy.

Ever ready to put himself in great personal danger, Paul also fronted Inside The World’s Toughest Prisons for Channel 5/Netflix where, in a world first, he lived as a prisoner for a week inside four of the most dangerous lockups on earth.

Paul describes it as “equal parts fascinating, mind-altering and impossibly dangerous”.  However yet again, it has provided him with a rare and remarkable insight into the mind of a criminal, as well as a hefty back-catalogue of nerve-jangling, “brush-with-death” stories to tell. The series was first broadcast on Channel 5 in the UK and is now available on Netflix.

Paul Connolly’s thirst for hostile environments was further tested when he was recruited as lead presenter on Curse of Akakor. This was a big budget investigative/adventure series for Discovery US which sold in a number of other territories including the UK. Alongside a former FBI undercover agent, Connolly was tasked with investigating the disappearance of tourists who vanished whilst searching for ancient Amazonian cities said to be located across Peru and Brazil.

As an aside to his to TV and media training work Paul Connolly is a much in demand speaker.

Gaining much experience from working undercover, often in the company of criminals, Paul developed an entirely unique, step-by-step communications strategy that focused on five key areas:

(1) How to illicit critical information from a person of interest

(2) How to quickly gain that person’s trust

(3) How to discover what drives, motivates and interests them

Paul has discovered the remarkable and long-lasting impact those strategies have in the corporate world, be it in sales or communications. By applying the five-point plan, and tailoring the language and tactics he developed from scratch to your clients and in-house comms, you can take your business to the next level – and stay ahead of your closest competitors.

Peppered with anecdotes of high-risk undercover encounters as amusing as they are thrilling, Paul Connolly offers ground-breaking presentations which will keep you and your colleagues engaged and entertained, whilst introducing you a whole new brand of corporate communications.