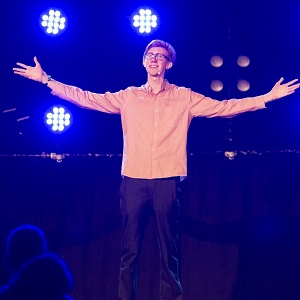 Jordon Cox is known as “Britain’s Coupon Kid” , The title is well deserved as he has spent the past 8 years hunting down deals to save you money. He got his start collecting coupons at just 15 years old. Furthermore he hit national headlines for getting £600 worth of grocery shopping for just 4p.

With his finger on the pulse of every trick, hack and deal, it’s Jordon’s mission to make sure that nobody pays full price when they don’t need to.

So whether it’s supermarket shopping, high street shopping, restaurants or travel Jordon offers tips on how to save money.

At age 15, Jordon watched a TV show called ‘Extreme Couponing’.  It has a huge affect on him.  The programme was based on money savers in the USA saving money with coupons. At this time, Jordon’s parents had recently gone through a divorce, so money was tight.  He decided to try it for himself to help his mother financially. The paring of Jordon and coupons went together like a hand in a glove.

Within a month of starting, he saved nearly £100 on their monthly grocery bill. Shortly after, he managed to get his family’s Christmas dinner, including the turkey and all the trimmings for just 10p.

At the same time Jordon set up a blog and Facebook page sharing his tips with other bargain hunters, so that they could save money too.

While his savings still kept adding up, he always wanted to achieve bigger and better, so he started planning the biggest coupon shop to ever take place in the UK. After months of preparation, sourcing and deal hunting, he rounded up nearly £600 worth of coupons.

After 4 hours in a local Tesco, and 2 hours at the till scanning, the total dropped to just 4p. Amazingly he was gutted about the 4pm – because it wasn’t free).

His deal hunting ways landed him a job at MoneySavingExpert.  This meant he was working alongside his hero Martin Lewis. He worked as a blogger and journalist for 4 years.

Whilst there, he uncovered many great hacks. These included how to get a £4.39 Bacon Double Cheeseburger for just £1.99 (by ordering differently). In addition how to get unlimited coffee at Starbucks for just £1.30. And he exposed retailers such as Argos and Sainsbury’s for hiking prices before ‘sales’.

Soon Jordon’s money saving antics landed him in the headlines again.  This time it was a very cheap flight.  He wasnted to travel from Sheffield to Essex.  However he found flying through Berlin would be cheaper than it woulfd be to take a one way train. The trip, which included 7 hours of sightseeing and a currywurst for lunch, saved him £8 on his journey. Most importantly he got an experience that money couldn’t buy.

Throughout his career, he has appeared as a deals and money expert on TV, Radio and Print. These include stints on Rip Off Britain, BBC Breakfast and a regular slot on BBC radio Cambridgeshire.

Now a freelance blogger, writer and public speaker, Jordon will not rest until everyone has more money back in their pockets.