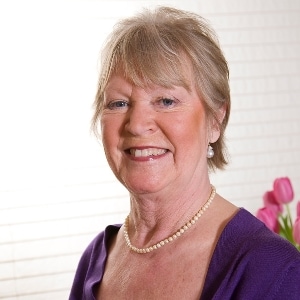 Etiquette Expert Jean Broke-Smith originally trained as a fashion designer, milliner and dress designer and as a Make-up specialist Max Factor before becoming Principal of the Lucie Clayton etiquette, deportment and model school for thirty years.

Jean continues to consult with private clients and is a regular contributor to the media on all things royal, regal and diplomatic.

Jean’s background in fashion, millinery and dress designing, makeup and deportment provided her with all the requisite experience required to become the Principle of the Lucie Clayton Grooming and Model School for thirty years.

Jean was the expert presenter on the BBC1 series “B&B The Best” Where she sat on the board to give expert advice to other B&B owners up and down the country. Jean also appeared as head teacher in the ITV1 hit series “Ladette to Lady”.  This was filmed at a finishing school at Darlington Hall which was especially set up for the series and Jean taught ordinary girls manners, posture, dress and etiquette in order to turn them into `young ladies.`

She has taught many private clients who include Royal family members and leading business people and politicians from around the world. She has also coached a number of well known models, actresses and media people including British TV stars Esther Rantzen, Lesley Joseph, Henry Kelly, Lorraine Kelly, Bonnie Tyler plus the Wimbledon Football Team… to name but a few!

Jean has covered etiquette and posture in a good number of television programmes both nationally and regionally, not the least of which was the first of the “Faking It” programmes where she turned a working class, northern girl into a society lady. She also appeared on “Snobs” for Channel 4 which was in the same vein of reality programmes.

Jean is regularly asked to contribute to news features for national and regional radio including `live` link-ups on a regular basis.

Still involved in the daily teaching of etiquette and posture, deportment and make-up with her client base in her studio workplace, Jean is a true professional in every sense of the word.