Dr Harry Witchel is a highly respected TV Scientist, Communication and Body Language expert based at the Brighton and Sussex Medical School. He is best known for his appearances on Big Brother, Radio 4 and BBC News, where he presents practical and clear science for body language, music,  dating,  communication and the relationship between the mind and the body. He offers knowledgeable and entertaining contributions to the media and is a brilliant and popular speaker. 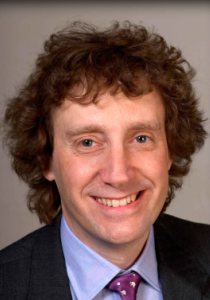 Dr Harry Witchel began his academic career with a Bachelor’s degree in Physics at Columbia University (New York). After earning a Ph.D. in Physiology from the University of California at Berkeley, Dr. Witchel relocated to the UK, and continued his research at the University of Bristol for over a decade, where he was a Senior Research Fellow.  In 2004, Dr Harry Witchel received the highest national honour for Science Communication in the biological sciences when he was awarded The Charles Darwin Award Lecture by the British Science Association. He has published over 70 peer-reviewed papers in the scientific literature, and he has consulted and performed experiments for multinational corporations including Honda, Tesco, DHL and Nokia as well as for national professional organisations for a variety of clients including solicitors and mediators.

As a Discipline Leader in Physiology at Brighton and Sussex Medical School his research concerns the relationship between the mind and the body, and he is a leading international expert on measuring engagement, boredom, interest and fidgeting.  His research encompasses how to measure the effects of student engagement.  He is a very popular lecturer at Science Festivals throughout the UK, including the Edinburgh International Science Festival, The British Science Festival, the Winchester Festival of Art and the Mind, and the Cheltenham Festival of Science. He was chosen as the plenary lecturer at the Royal Society for the National Forum of Genetic Futures, a year long celebration for young people of the discovery of the DNA double helix by Watson and Crick.   Harry was also invited by the British Council to judge the National Finals for the ‘Debating Matters India.’

Particularly well known for his music presentations with live music and his expert dating workshops, Dr. Witchel likes to use science to engage with young people, to help safeguard that enough excellent and talented young people are inspired to become the scientists of tomorrow.

His book, ‘ You Are What You Hear: How Music and Territory Make Us Who We Are,’  explores the human relationship with music and how we are shaped as people because of it.

Body Language Laid Bare
Is it possible to tell whether somebody is lying just by looking at them? How do some people seem to transmit an air of command that others feel compelled to respond to? Can you tell whether somebody fancies you before you take a chance on talking to them? TV Scientist and Body Language Expert Dr. Harry Witchel of Brighton and Sussex Medical School is your guide through the fascinating world of non-verbal communication, in which even something as simple as a smile can mean anything from “I love you” to “I’m going to kill you.”  In this event, Harry — who has explained body language on Big Brother and Newsnight with Jeremy Paxman — takes you beyond the pop science books to uncover what you will never see on television: the real science behind non-verbal communication. He debunks the worst of the body language mythology, and he demonstrates how body language does (and sometimes does not) reveal the truth about what is really occurring in a person’s mind — and with their emotions.

What does it take to negotiate a deal?
How do you recognise when the other side is about to crack, and how can you distinguish it from a moment before they are about to walk away from the table?
How does your body language influence the other side?
Dr Harry Witchel uses science, unique films and audience participation to demonstrate the in’s and out’s of negotiation, which is at the very core of our daily lives — not just with our businesses, but with children, friends, strangers and partners as well.


Adventures of a “Can-do” Scientist: Fun with Science and Multinational Corporations
Dr Harry Witchel presents a dynamic, multimedia presentation of various commercial scientific experiments he has been involved with. From the physiology and psychology of buying a mobile phone or a car to performing a lie detector test on a world class athlete just before her participation in the Olympics.  Dr Witchel explains how science has become a central part of the commercial world and how its influence has made a difference in the way corporations sell themselves and their products and services to us.

‘The workshop was very well received and participants felt that they had learnt a number of issues regarding body language… The information contained in the workshop would have a number of practical uses in a business context.’
Amardeep Gill, Chair of Birmingham Future’s Successful Development Team & Pinsents law firm

‘I am just writing with a formal thank you for giving such a great talk at the Royal Institution this past spring season. I hope you enjoyed the evening as much as the audience… Congratulations, and once again, many thanks.’
Jonathan Black, The Royal Institution, London

‘We thoroughly enjoyed having you on the programme, and your contribution was well received… Thank you again for being such a wonderful guest. ‘
Jacqui Dales, CBBC Television

‘Suitably scientific! hilarious. a joy as ever. Let’s do another one soon.’
Chris Cook, Lexis PR

‘You were a fantastic spokesperson’
Antonia Scherer, Lexis PR

Here is a selection of the print media and academic literature articles Dr Witchel has written and contributed to:

‘Harry’s Mad About Big Brother’ (The BA Festival Ignite)
‘Dr Harry Witchel: Big Brother Analyst’ (Venue Magazine)
‘In Pursuit of Pleasure’ (Psychologies)
‘Striking A Chord With The Psyche’ (Irish Times Health Supplement)
‘Monster-like Fungi Grows On Science Judges’ (The Telegraph)
‘Using Body Language With Your Client: A Controversial Soft Skill?’ (The Review)
‘Speed Dating: The Battle of the Sexes’ (Times Online)
‘Dating Tips From Dr Love’ (The Sun Online)
‘Have You Heard The One About…?’ (The Psychologist)
‘Know When To Kiss Her’ (Men’s Health Magazine)
‘Musicians Have Bigger Brains’ (Music Maker)
‘Why I Laugh’ (Times Higher Education Supplement)
‘Spinning Yarns of a Superhero’ (TES Teacher)
‘Why Do Journeys Always Seem Shorter On The Way Back?’ (Financial Times Magazine)
‘How Cells Work’ (Physiology, Inside the Human Body Part 41)
‘How Cells Divide’ (Physiology, Inside the Human Body Part 42)
‘Incongruence: Do You Send Mixed Messages That Prevent You From Succeeding?’ (Position Paper)
‘Why Learning Body Language Can Be Counter-Productive’ (Position Paper)