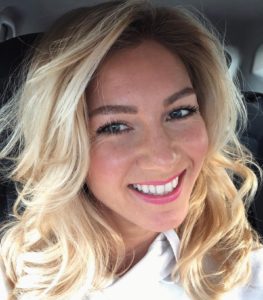 CiCi Colman is an influencer, actress and TV’s most glamorous waitress.  She is the UK’s most loved server in the hugely popular and award-winning series First Dates Restaurant and First Dates Hotel.  A popular event host she is also a terrific speaker.

Born and raised in Oxford, England, CiCi Coleman has captured the nations hearts as part of the much loved First Dates Team.

​The stunning singleton is on her 8th series of the show. She is also on her third special series abroad on Channel 4’s First Dates Hotel.  CiCi has also appeared in E4’s Celebrity Driving School, ITV2’s Celebability and E4’s Celebrity Coach Trip.

CiCi began her career as an actress while living and training in London. She was awarded a full scholarship to the famous New York Film Academy soshe moved to New York City.  Wasting no time, a week after graduation, CICI won the role of ‘Janet’ in the feature film “Red Butterfly” and worked regularly for the next few years.

She then returned to London and starred alongside Danniella Westbrook, Michael McKell, Kris Johnson and Eddie Webber in drama Essex Vendetta. This was  about a family man who is dragged into a criminal underworld

Like many actresses before her CiCi found work as a waitress in between jobs. It was here that her star quality was spotted by the producers of First Dates.  Consequently, she joined the show in series three and she hasn’t looked back since.  Now in series 13 CICI continues to encourage the First Daters as the hotel and restaurant throw open their doors to single people looking for love.

CiCi is also a much in demand influencer with over £120K followers on Instagram. Beauty, fashion and fitness brands often seek her out as she is extremely active on social media.  She is also a regular podcast host and often co-hosts the Mazilla podcast.