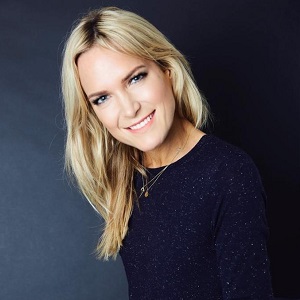 As Showbiz & Royal Director for OK! magazine she reported on many celebrity and royal events but her most memorable events included the wedding of Duke and Duchess of Cambridge in April 2011, as well as the Duke and Duchess of Sussex’s nuptials at Windsor in May 2018 .

Now an experienced businesswoman, Chrissie is the Managing Director of The West Mill and The River Mill – two high-end wedding venues in Derbyshire and her speaking topics cover a plethora of subjects including fashion, the world of celebrity, leadership and the story of how she created her successful business including the many hurdles she has had to overcome.

Chrissie has also developed a successful broadcasting career and is in high demand as a contributor to Sky News, Channel 5, TalkTV and the BBC.

Chrissie kickstarted her career in journalism at the age of 18 when she was headhunted by Vogue magazine whilst attending Lucie Clayton College in South Kensington.

After working up the ranks at Vogue, Marie Claire, Empire, Bliss and Mizz, it was at OK! magazine that she finally found her calling. She stayed for 15 years going from Features Writer up to Showbiz & Royal Director.

During that time, she jetted all over the world for the Oscars, reporting exclusively for QVC, she’s attended Cannes Film Festival, the BAFTAs, Paris Fashion Week with Jean Paul Gaultier, Royal Ascot, she hosted a box at the National Television Awards and attended endless red carpet events.

When Prince William and Catherine married on 11 April 2011, she covered the wedding and secured her role as Royal Editor and a firm place within the infamous ‘royal press pack.’

Chrissie attended her first royal tour with the Prince and Princess of Wales on their landmark trip to Australia and New Zealand in 2014, attended weekly engagements with the couple and reported on the wedding of Prince Harry and Meghan Markle in 2017. In this role, she picked up a huge amount of knowledge on the young royals and has a self proclaimed ‘obsession’ with all royal fashion. She knows the power of a killer nude court and working the red carpet, Chrissie even modelled for Catherine’s go to maternity brand, Seraphine when pregnant.

She has more in common with the Princess of Wales than you might think, both navigated their way through their twenties on the gritty fashion circuit – they even did a shot of tequila together on one night out at Kitts Nightclub in Sloane Square back in 2007 – and both have a penchant for designers and know all about juggling careers and being a mother of three.

From Garden parties at Buckingham Palace, royal briefings at Kensington Palace to tea parties at Number 10 and Elton John’s White Tie and Tiara ball at Windsor, if there’s a guest list, Chrissie has been on it.