Ben McBean is humble, inspiring and hugely motivating. A  double amputee Ben miraculously managed to recover from stepping on a Taliban landmine in 2008 on the eve of his 21st birthday. 12 months later he ran the London Marathon despite losing two of his limbs. And again the year after.  A regular adrenalin junky Ben has climbed the 3 Peaks and to Everest Base Camp as well as undertaking  numerous other incredible challenges.

A much in demand speaker, he receives standing ovations every time with his massively motivating speeches. They are superbly presented. This is because he inspires everyone he meets with his determined approach to a life without his left arm and lower right leg. And numerous other injuries! 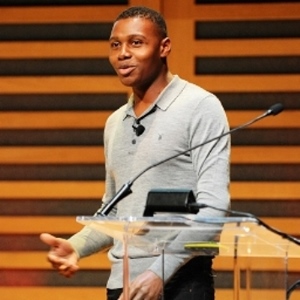 I wanted to write to thank you for your presentation at our Lloyds SME National Conference. We truly are committed to fostering a culture of positive mindsets, particularly when faced with challenges and adversity, and I am certain that your extraordinary story will have motivated people to continue on this journey.  Personally, I have heard you share your story several times and I would listen to you again tomorrow; every time I hear it I am absorbed, humbled and inspired.

To inquire about Ben McBean please contact us today.

What a truly astonishing young man.  He survived stepping on a Taliban landmine in 2008 and sustained injuries so serious his chances of survival were slim. However not only did Ben survive but he has subsequently accomplished some amazing remarkable achievements.

Brought was brought home on an emergency flight his fellow passenger Prince Harry. He sat with him and hailed him a hero.  Not that Ben knew the Prince was willing him on to survive.  Unconscious and near death, Ben subsequently had had to have his left arm and right leg amputated,  Despite these horrific injuries he managed to remain focused. As a result the biggest part of Ben’s rehabilitation was his resilience. It still is.

“I’m alive, aren’t I? I’m the same person. I’m just missing two limbs, which I lost fighting for my country. How can I complain about that?”

Massively motivating his inspirational speeches are about endurance, adventure, the importance of living life to the full.  They are also about living with a disability, being positive and enjoying being alive.

He receives glowing testimonials and receives standing ovations every time.  His story is one of great courage and determination.

Ever the TV natural he has presented a strand for the BBC’s The One Show. He also featured in the two part documentary `War Torn Warriors` during which he overcame massive hurdles to trek to Everest Base Camp. Appearing regularly in the UK and US media Be is often asked to discuss  disability, Prince Harry, motivating young people being positive.

Never one to turn down a challenge Ben has completed The UK’s 3 Peak Challenge and climbed to Everest Base camp.  He is a judge for The Millies with Prince Charles, Top Gear’s Jeremy Clarkson and Footballer Frank Lampard. And he is a regular contributor to the British Media.