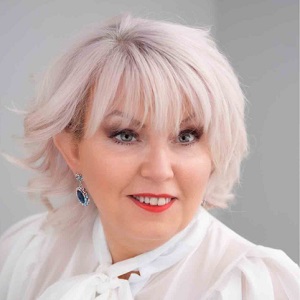 Baroness Newlove is the Parliamentary peer, campaigner and former Victims’ Commissioner whose life fell apart on 12 August 2007.  a massively inspirational figure. Real and inspiring are just a few of the words which sum her up.  On that day Helen Newlove’s husband Garry was fatally attacked by a gang of teenage yobs on the family doorstep.

The murder marked a watershed moment hitting the headlines for months. Helen became determined to fight for justice but it took tremendous bravery and resilience. Furthermore, to get to grips with what happened she decided she wanted to help crime victims and became a victims’ advocate. Eventually she became the Victims’ Commissioner for England and Wale but it’s been a rocky journey.

Known for her warm, approachable nature Baroness Newlove is a renowned keynote speaker. Her life enhancing speeches leave audiences transfixed. Helen’s message is one of courage, determination and hope as she describes how she fought tooth and claw for justice, spurred on her loving daughters.

Her journey from teenager fryer, working in a Mancunian chip shop, to shy housewife, bereaved widow, campaigner and elevation to the House of Lords is living proof that it is possible to survive tragedy and emerge even stronger. Today Baroness Newlove is a respected campaigner, Parliamentary peer and deputy speaker in the House of Lords.

When Garry Newlove was kicked to death in 2007, Helen Newlove was a shy, happily married housewife. Despite her grief she discovered Garry’s death had made her bolder. Her moving speech on the court steps which followed the conviction of teenage hooligans, catapulted her into the spotlight. She will always be remembered for publicly pleading with parents to take responsibility for their children.

Overnight, Helen found herself in demand from all sections of the media for her forthright views on anti-social behaviour and the savage damage it wreaks. Suffering from deep grief there were days when it was a monumental effort even to get out of bed. At times like this she wept at home but like thousands of women she put on a brave face for the outside world.

Personal tragedy is a natural time to take stock but Helen didn’t give into self-pity. She was determined to make a difference to how crime victims are treated. Subsequently Helen was appointed Government Champion for Active, Safer Communities, and given a peerage by the then Prime Minister, the Rt. Hon. David Cameron. Best known for her role as Victims’ Commissioner for England & Wales (2012-2019), Baroness Newlove campaigned tirelessly to champion the cause of crime victims and witnesses. She travelled the country, meeting victims and listening to their stories.

Lobbying high-powered ministers, heads of criminal justice agencies and Chief Constables, she published major reviews. In particular she shone a light on the failings of the criminal justice system. Holding ministers to account, she never wavered in her goal to deliver better treatment for victims.
“As Victims’ Commissioner, I had no legal powers but I had my voice, influence and access to those who do have power,” she reflected.
A popular contributor to national TV and radio, her appearances include Today, BBC Breakfast, Victoria Derbyshire and Desert Island Discs, and she regularly reviews ‘The Papers’ on BBC News.

Baroness Newlove feels blessed to enjoy her extraordinary late-blossoming career. Work-wise, she recently embarked on an exciting new venture as
Pro-Vice Chancellor of Bolton University, providing vibrant leadership for the university’s rich, diverse education.
Crime victims remain close to her heart and Helen is patron of Resolve, an anti-social abuse charity. She is also President of Bolton Lads and Girls Club.

Baroness Newlove also enjoys delivering memorable keynote, motivational and after-dinner speeches.
Helen Newlove exudes old-fashioned northern grit and stylish dynamism. She is a positive inspiration for a generation of older women. Now 58, she’s in her prime and firmly believes it’s never too late to make it.

“You just need talent, energy and self-belief. All the 50-somethings I know are full of energy, so with the kids flying the nest, it’s a great time to take a risk, switch careers and go for it!”