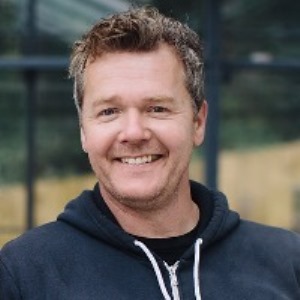 United Nations Advocacy Chef Arthur Potts Dawson. The classically trained chef and outstanding eco restaurateur Arthur Potts Dawson is ‘the original green chef’ as described by Jamie Oliver. Now a Manifesto Chef for the World Food Programme too and travelling all over the world both with work and for speaking, Arthur was trained by the famous Roux brothers.

He has now been creating extraordinary cuisine and running restaurants for nearly 30 years. A fine speaker, media pundit, TV chef, author and entrepreneur Arthur is dedicated to encouraging sustainability. He is also passionate about delivering speeches and green living sustainability workshops, and educating diners, students and audiences with informative, and well grounded menus speeches.

Arthur spent his three year apprenticeship with the Roux Brothers which was an imense expereince for a yougn chef.  He then went to work with Rowley Leigh at Kensington Place for two years, with Rose Gray & Ruth Rogers at the River Cafe for four years and Yanni Crystiasis and Soho House group, both for a year. He then became Head Chef at the River Cafe before going on to restyle Petersham Nurseries Cafe and re-launch Cecconi’s restaurant, before becoming executive head chef for Jamie Oliver’s Fifteen Restaurant.

In 2006 Arthur created two sustainable aware urban restaurants, Acorn House & Water House in London. Passionate about the variety of food on offer in towns and cities Arthur created a menu of ‘Modern London’ cuisine for Acorn House, which exemplified the diversity of the city in which he was born. Whilst there he taught a year in sustainable catering to 10 young ‘trainees’.  In 2010 C4 made a four part series about the build up and launch of The People’s Supermarket which opened in June 2010 as a not-for profit co-operative social enterprise. The People’s Supermarket is a unique business model, with its member/owners working voluntarily. The aim is to keep costs low and offer better quality food at lower prices. The People’s Kitchen, within the supermarket, also produces delicious food for sale in the supermarket. Arthur was also responsible for the organic ‘pop-up’, Mrs Paisley’s Lashings, which he runs with organic pioneer Jo Wood, the profits of which go to organic education projects in London schools. His first book, The Acorn House Cookbook was published in May 2008 and followed in May 2012 by Eat your Veg, which was republished in Feb 2014.

Arthur Potts Dawson is a fellow of the Royal Society of the Arts and represented England as Ambassador Chef at Terra Madre in Turin, Italy. Arthur now runs Juiceman, an holistic, organic raw juice and food concept, designed to betters peoples lives with better nutrition and dietary concepts. Arthur has appeared on a number of cooking programmes such as Market Kitchen every week and Saturday Cooks, he has written for the Guardian food/travel section and has worked on three shows for BBC Radio 4 food programme. Arthur teaches Wing Chun Kung Fu, which he has practiced for nearly 20 years, has two children and lives with his partner in Bristol.

Jamie Oliver describes Arthur as the ‘the original green chef.’